When I left Ohio over four years ago I had searched high and low for burlesque in the Cleveland area with no luck.  Either the scene was just emerging, it was very seldom advertised, maybe a bit of both.  So I was pleasantly surprised to find out that my hometown not only has a burlesque scene, but that they would be putting on their third burlesque festival.  I decided to apply and was accepted along with two of my fellow Las Vegas performers; Bourbon Rose and Vikki Fahrenheit. Also the lovely and talented Buttercup Delight and Mr. Buttercup graced us with their presence because they were in town visiting family in the area.

Vikki, Bourbon, and I all flew from Vegas to Cleveland and enjoyed a rather bumpy flight together. Here are some photos we took at the airport lounge after enjoying an adult beverage! 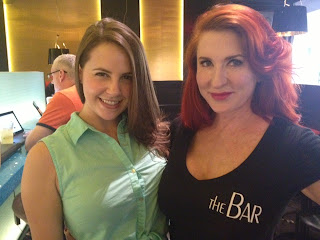 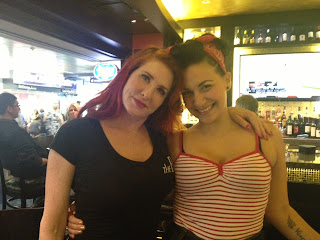 I hated to have to leave the ladies and would have really liked to have shown them around my home town but alas my family duties called.  I spent most of Friday with my grandparents and dad so what the ladies were up to during the day I unfortunately cannot report upon.  However, I can assume that they were practicing and preparing all day because both of their acts were flawless! 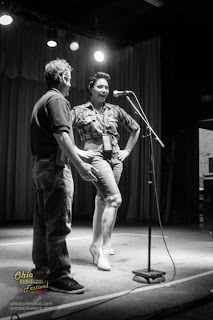 Around 7pm I headed to the airport to pick up Mr. Fontaine and we headed to the Beachland Ballroom for the first night of shows.  I was sooo excited to see all of the performances and also to wear my vintage fringe dress (that I am convinced was once owned by Wanda Jackson!). Below is a gratuitous selfie of me and my prized dress. 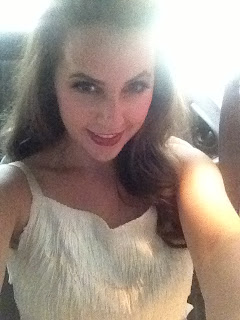 Bourbon and Vikki opened the show and they opened it with a bang!
Below are some snapshots taken by photographer Eric Paul Owens. 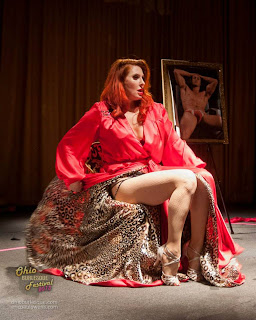 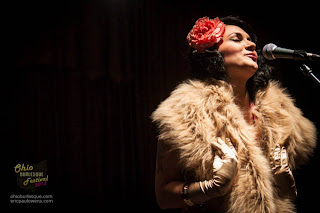 The night continued with performances by many Cleveland performers as well as performers from San Francisco, Chicago, and Kansas City, Boston
to name a few. 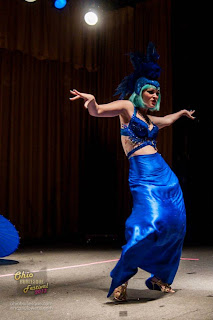 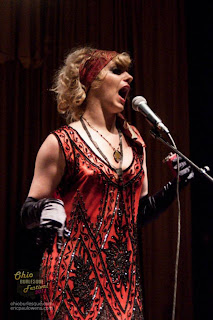 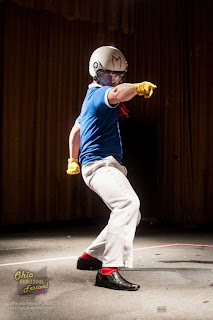 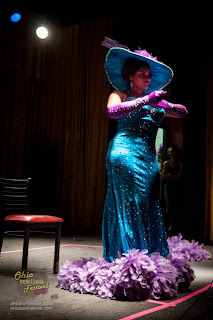 Friday Night Headliners were phenomenal! Bazuka Joe performed a Speed Racer Act. Peggy de Lune entertained with a comical song and strip. Donna Denise gave us a classic parade and peel and showed off some amazing skills. Let's just say she can twirl in a way that I have never seen before!

I opened night two with my Greek Goddess Act set to my namesake song "Aya". 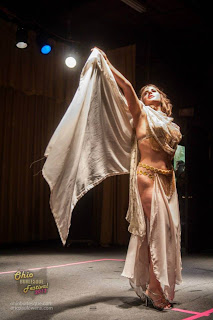 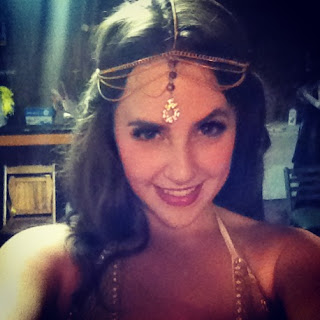 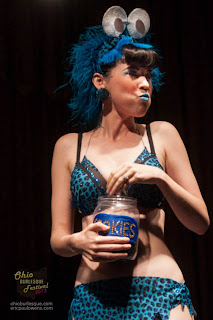 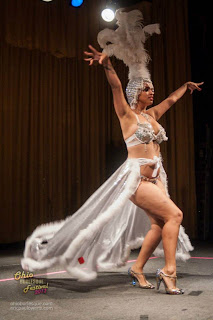 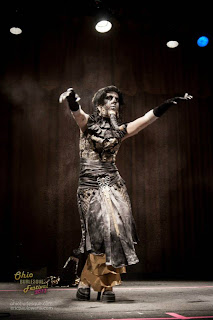 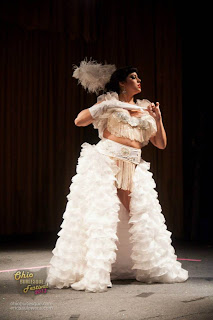 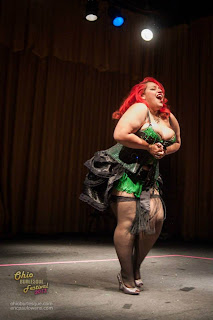 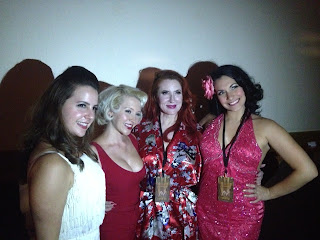 Check out more photos and details from the festival at https://www.facebook.com/pages/Ohio-Burlesque/101962883183562.